Good news for Ireland’s top teen music talent as the 2022 Top Security/Frank Maher Classical Music Awards has just been launched. With a €5,000 prize for the winner, it is the largest such competition for secondary schools in Ireland. 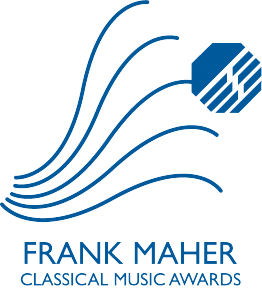 Last year’s winner, 18-year-old pianist Stan O’Beirne from Terenure in Dublin,  was at the photocall to launch details of the 2022 competition.  He was accompanied by Daisy Kirk-Gillham from High School in Rathgar and Eoghan Walsh from Rockbrook Park in Rathfarnham.

Stan, who completed his Leaving Cert in June, has won a UCD Ad Astra Performing Arts Scholarship, which allows top-performing students to develop their artistic talents while at the same time pursuing an academic degree.

Stan said, “Winning the Frank Maher Award in 2021 was fantastic to have on my application for the UCD Scholarship.  It means that I can pursue an academic degree, hopefully, it will be in Engineering, yet be supported in my piano studies at the highest level.  I can continue entering competitions, performing in concerts and festivals and taking part in other events. It gives me so many options career-wise.

I am hoping also to continue to branch out into other areas of music, like composing, teaching, and recording or performing as part of a group. However, the classical solo piano will always be number one for me!” Stan continued.

The 2020 winner, violinist Julieanne Forrest from Navan, has had a great first year at Music and Arts University (MUK) in Vienna and has taken part in masterclasses all over the world. She returns to Dublin this September to take part in a benefit concert for Ukraine and take a masterclass with celebrated violinist Maxim Vengerov before she heads back to college for her second year.

The Top Security/Frank Maher Classical Music Awards were created in 2001 by Emmet O’Rafferty, chairman of the Top Security Group, to honour the memory of his late teacher, Fr Frank Maher, a pioneer in the nurturing of musical talent in secondary schools. They went nationwide in 2012.

Emmet said, “The Awards are now into their eleventh year of national competition, and we never cease to be delighted at the high calibre of teenage talent that it attracts  We’re proud to be able to support them at a key time in their lives and we’re very much looking forward to meeting this year’s crop of talented finalists.”

All the winners have received national and international recognition for their achievements, and many have used their prize money as a springboard to fund their studies at some of the world’s most renowned music colleges and institutions. These include Juilliard School, MUK Vienna, Barenboim-Said Akademie, Royal College of Music, Conservatoire Nationale Superieur de Musique et de Danse and Kronberg Academy.

The Awards are open to sixth-year post-primary students of string, woodwind, brass and piano. The €5,000 top prize will be used by the winner to attend a recognised place of tuition, a course of study in Ireland or abroad or on a purchase necessary for the development of their talent. The remaining finalists will each receive a €300 bursary.

The closing date for this year’s entries is Friday 7th October 2022 and the competition night is scheduled to take place on Friday 28th October in Dublin. Further information, rules and a copy of the application form for downloading on www.frankmaherclassicalmusicawards.com